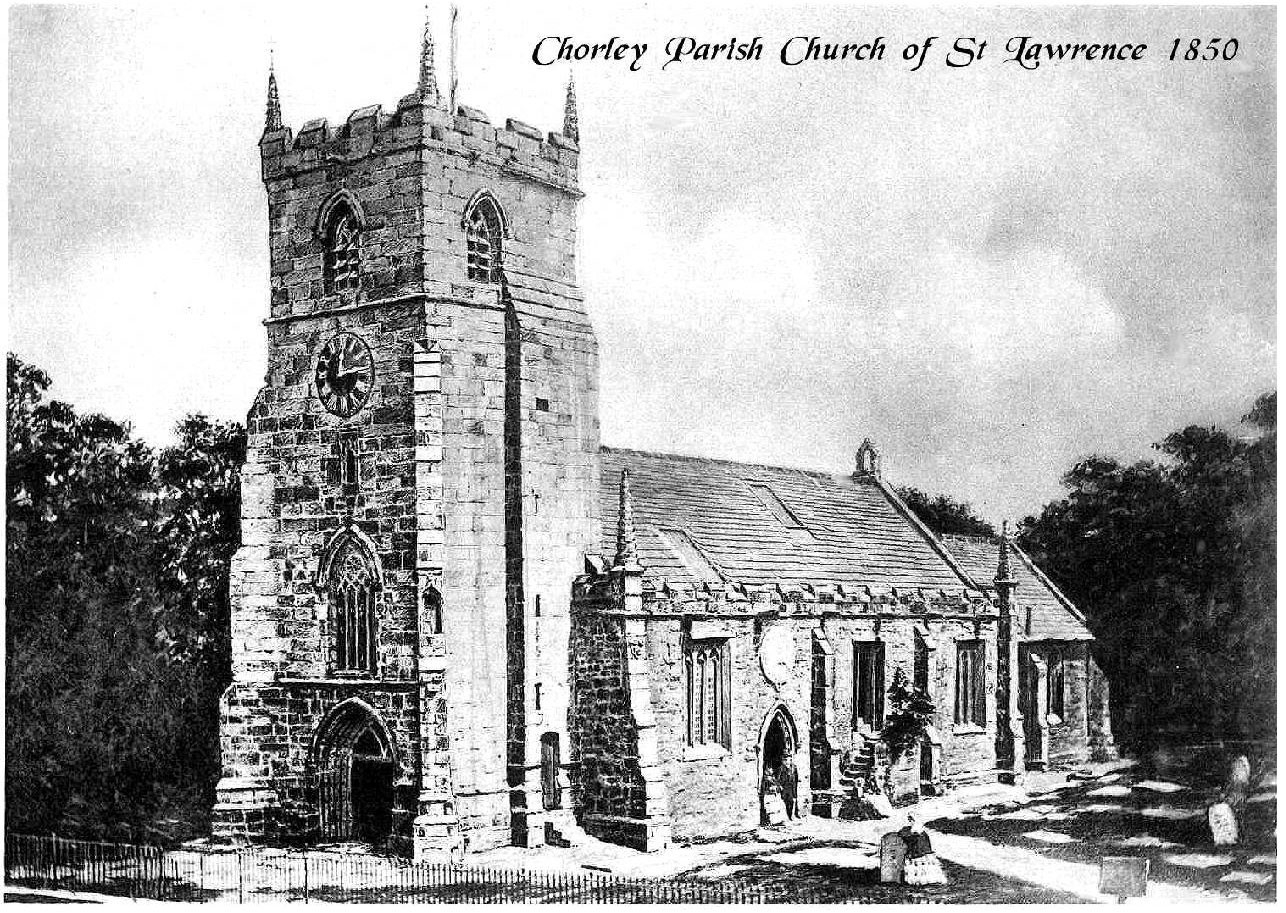 A brief introduction to the HISTORY of the PARISH CHURCH of ST LAURENCE, CHORLEY

St Laurence’s Church is probably the oldest building in Chorley and like most ancient parish Churches in England has played a central role in the history of its local community.

The origins of this Parish Church are lost in obscurity, but it certainly existed in the Saxon period. It was originally a daughter Church of Croston Parish Church and existed in the time of the Saxons. It has subsequently become the Mother Church to the other Churches of Chorley. The first structure of St Laurence’s was destroyed when the town of Chorley was sacked by the Scots. The present structure is primarily that of the Normans with additions from the Victorian period. It was re-ordered internally at the end of the 20th century and now provides an effective mix of modern facilities within an ancient building.

The first mention of a priest for the Church was in 1362, one of the plague years in Chorley. Our reliquary contains bones which a letter in 1442, now in the British Museum, claims to be those of the 4th Century martyr St Laurence. The building has witnessed the violence and upheavals of the past centuries. The rites of the pre-Reformation Church were changed to those of the Church of England. Later the troops of Cromwell destroyed the medieval stained glass and statues which once adorned the building before it returned once more to that of the Anglican tradition. The building has even been used as a for criminal trials.

The Church has importance for the history of the United States of America because of the Standish family links with the Pilgrim Fathers. Visitors from North America like to sit in the Standish pew thus feeling an affinity with Myles Standish one of the founding fathers of that nation.

Today the Church provides, in the monuments and inscriptions around its walls, a rich tapestry of the history of Chorley. This and so much more requires an visit to the Church and a conducted tour with one of our guides. (NB The Church is normally open each day, and arrangements for special visits can be made via our parish office. Cooked meals are available on Tuesdays and Fridays.) We look forward to your coming to view our building. Perhaps you might like also to come on a Sunday and join us in worshipping God, for as well as having a fascinating past, we are a vital, worshipping congregation in the present, continuing to the serve Chorley today as we have through the centuries.

To find out a little more about the history of St Laurence’s do explore some of the information provided in the web pages on this site.

See more on the history of St Laurence's